Do you find it difficult to drive when you have anxiety? Maybe you never even learnt because you were worried your anxiety would get in the way. Or maybe you hate being a passenger.

If you recognise any of the above, you're not alone. In this article, I'll talk about seven common fears that people with anxiety have.

Having a panic attack while driving

This is the number one fear that people with anxiety have when driving: that they will have a panic attack and be unable to control the car, and crash.

But, the good news is that people don't crash their cars while having them. They might be incredibly unpleasant, but the evidence suggests that even under that stress, you will be able to pull the car over to the side of the road and stop.

Driving on the motorway

Motorways (or other forms of freeway) can be very scary. It's not the speed, so much as the fact that you can't stop if you need to or want to: you have to keep carrying on until the next junction.

This can be especially unnerving if you are in the outside lane and need to move all the way to the inside lane before you can find somewhere to stop.

To make things easier, give yourself permission to put your hazard lights on and pull over onto the hard shoulder if you ever need to. If you do that, you probably never will need to. But, having that escape will make you feel better. And you do have a genuine medical reason for doing so.

If there is no hard shoulder, remember that you can slow down if you need to. There is no minimum speed limit. Put your hazards on if you are going too slowly.

The night can be a scary time for anyone with anxiety. Not only do we humans not see very well in the dark, but it tends to be when our anxious thoughts attack us.

The darkness genuinely does make it more likely that we will have an accident. So, our anxiety is justified to an extent.

However, the roads are often quieter after dark, which then reduces the chances of having an accident. So, in winter you may want to avoid rush hours when it gets dark early. Or, you may want to take it a little easier.

If you're driving without street lights, make sure you know how to turn on the main beam on your headlights. You may also want to carry a torch with you.

Driving when it is busy

Busy roads can make everything more stressful: you have to pick the correct lane earlier, struggle through lots of queuing and race between the traffic lights before cars swarm around you. Everyone finds it more stressful, not just people with anxiety.

One of the biggest fears here is fear of judgment: that other drivers will become annoyed at you for not being fast enough or making a mistake. This is especially true if you are a woman and feel any insecurities about gender stereotypes.

Of course, you don't have to race. You could accept that slowly but surely is just going to take a long time. Or you could just avoid busy times. I hate to recommend avoidance, but this is something that people without anxiety do, too.

If you have any concerns about gender, remember that men pay more for car insurance (or they did until the European Union outlawed it) because they cause more damage: women are the safer drivers.

Fear of getting lost

This is a big one for anyone who suffers from agoraphobia: the idea that you might get lost and be unable to find your way home.

It is important to remember that this is our mind catastrophising the situation. You never see someone getting lost while driving and never being found again in the news. In reality, it's very difficult to get too far from civilisation, and eventually, you end up finding a main road (take it from someone who has been lost in the forests of Finland). That's not to say it isn't stressful to be in the situation, of course.

To help avoid these panic attacks, you may want to carry a road map (such as an A to Z). I don't like recommending safety behaviours (things we do to reduce our anxiety) because it doesn't tackle the root of the problem. However, in this case, a map is just a sensible thing that a lot of people carry.

Fear of breaking down

This is another common fear for people with agoraphobia. Either that you will break down and there will be nobody to help, or that it will involve talking to break down recovery people, repair garages, etc.

Again, it's catastrophising. It's easy to imagine a scenario where you are driving along a road when you break down. Your phone has run out of battery, or there is no signal, your heater isn't working, it's the middle of winter and, by the time someone finds you, you're a frozen ice sculpture sitting inside a car.

And again, it never actually comes true. But it feels like it could at the time.

Unfortunately, breakdowns are always a risk of driving. But you can offset the risk by ensuring your car is serviced at least once a year and having breakdown cover, with the emergency number pre-programmed into your phone.

It's also normal to carry and blanket and some water in your car for emergencies. So, if you do that, don't feel you're letting your anxiety win: it's just a sensible precaution.

Fear of an accident

If you have a fear of flying, the first thing people tend to tell you is that it is the "safest form of travelling", especially when compared to driving. This is true. Which is bad news for driving.

However, I still encourage you to put this into context.

First, most people are never involved in a serious car crash. In over a decade of driving, I have had a few scrapes in my time, but never anything serious. And of the hundreds of people I know, almost all of them have had a similar experience.

Second, not driving does not protect you from car accidents. Many car crashes involve cars hitting pedestrians. Not a pleasant thing to think about, but it can help put things into perspective.

Thirdly, and this is the silver lining in quite a dark cloud, if you do get hurt in an accident, there is often a substantial compensation payment. And that is basically the worst case scenario.

What can I do about it?

So far, we've talked about some really common reasons that people with anxiety find driving uncomfortable. And, in many of them, I've offered some suggestions.

But, beyond that, I have some general suggestions to make you feel more comfortable behind the wheel. I will discuss each of these below.

Preparation. Having routines and safety behaviours is generally a bad thing because it doesn't tackle the anxiety itself. And it can feel awful when something disrupts them. But things that everyone would do, like having a map or sat nav, a blanket and a torch, and getting your car serviced regularly is always worthwhile.

Music. Listening to music can be a good way to give you something to focus on other than your anxiety. Driving is largely automatic, which is why we have attention left over to worry. Playing music is a good way to redirect it to something else.

Singing. Don't just passively listen to music: song along. Songs you know well are best because they won't distract you from paying attention to the road. Singing is a good way to improve your mood and make you feel happier.

Practice (exposure). One way to tackle driving anxiety, particularly if there is a situation that worries you, is to go out and do it more. It's uncomfortable and unpleasant, but, if done in the correct way, can make you feel better in the long term. Read our guide to exposure therapy to find out how to do it correctly.

Therapy. Driving anxiety is a legitimate problem to go to a therapist about. If you are unable to work through it on your own, getting the help of a professional can help you break down those barriers.

You can also take a course. We have a course on overcoming fear of driving using cognitive-behavioural therapy (CBT). It will take you step-by-step through using CBT to reduce your driving anxiety. Click here to preview the course.

Lots of people experience anxiety when driving, not just anxiety sufferers. But, for us, there are several set patterns that we often find ourselves in, as I have outlined in this article.

Tackling your driving anxiety is hard and uncomfortable. However, once you do, it can set you free. You gain a huge amount of confidence and independence, and the freedom to go out and enjoy life more. Therefore, it may well be worth fighting for. 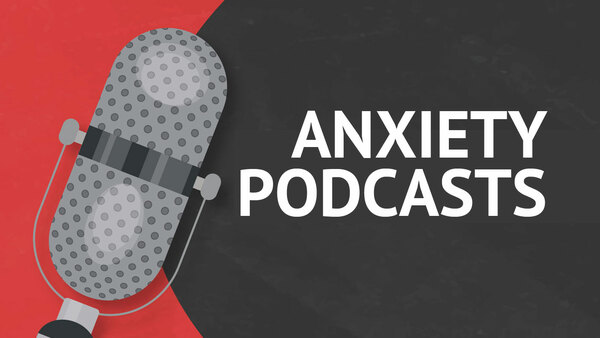 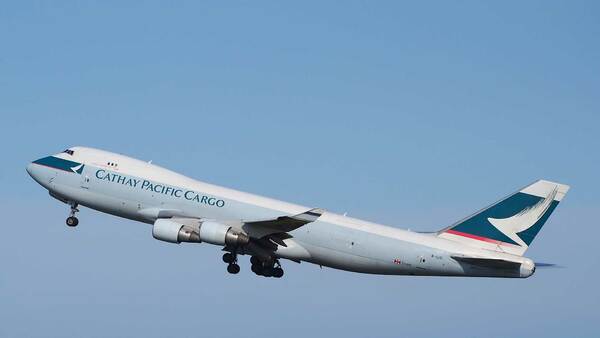 How to conquer your fear of flying