36 jobs for people with social anxiety

People often email my charity asking for job recommendations. Anxiety prevents them from doing what they were doing, or maybe from ever having worked. But they haven't given up: they want to work and want to know what jobs would be suitable.

The answer is "it's complicated". I cannot give you any relevant recommendations without getting to know you and your situation.

However, given it is a topic that comes up so often, I have compiled a list. I will be totally up-front with you: given the impossibility of the task, many of these are flippant, sarcastic or down right silly.

However, what it might provide is a springboard of ideas to discuss with a careers advisor or therapist. So, with that disclaimer out of the way, here is the list.

A classic. Who doesn't love the idea of squirrelling yourself away for months while you finish a novel? But making money from writing is really tough. Lots of people want to do it. Many are willing to do it for free. So getting people to pay you for is a task that is almost impossible.

This is more profitable. Copy is text designed to sell something. When you read an advert, you are reading copy. And good copywriters are incredibly expensive to hire: you can pay thousands for a single sales letter.

So, if you have a gift for words, this could be a good way to get paid. The famous copywriter John Carlton believes you have some social anxiety to be a great copywriter. It puts you outside of the box and causes you to study other people.

Fly a plane. As long as you are comfortable being responsible for 400 people's lives. You have anxiety, so probably not. But you are also probably very diligent.

In any case, pilots don't do much talking to people face to face. Security forbids that. At worst, you have to be an anonymous voice over the intercom.

Very well paid in London. Though the job may be automated away in the next decade or two. But there is basically no talking to people while you're driving.

Hate dealing with people, especially on the phone? Then this job probably sounds like a nightmare. But using exposure is a great way to reduce anxiety. In this case, it's more overload. So it depends on how harsh you want to be on yourself.

Hate having a job? Why not be a house wife or house husband? The only people you have to deal with are your own children. Having a baby does encourage people to talk to you, however: you have been warned.

If you speak more than one language, you could do translating online. Pay is poor, but you can do it whenever you like from the comfort of your own home.

One of my friends worked at a sweets factory. His job was to pick the right amount of sweets as they went past on the conveyor belt until the box was full. Then repeat. For 8 hours. It is incredibly boring. Not much social interaction though.

People are scary. But old people are less scary. Why not look after them? Sure, it does involve getting involved in some bodily fluids now and then. But it also a very rewarding job.

Or, look after people with severe learning difficulties. It does a lot to put things in perspective.

The ultimate job for the socially anxious. Unfortunately, basically all lighthouses have been automated these days. So it might involve some time travel.

The modern lighthouse keeper. It's a dirty job, but it pays very well. You can earn over $100,000 per year even working shifts such as four weeks on the rig, four weeks off. Not bad for only being at work half of the time.

Another job that involves you being at sea for long periods of time. It avoids large crowds but be warned: there is a lot of social interaction with the rest of the crew, often in very cramped quarters.

Another dream job for socially anxious people. Every time someone tries to speak to you, you just "ssshh" them. Unfortunately, times have changed, and now libraries are a lot nosier. Also, there are loads of people wanting to be librarians and very few libraries, so unless you have at least a degree in it (yes, it's a degree) you are going to struggle.

A subject close to my own heart. These days, even programmers have to do meetings and presentations and other unpleasant things. But, because everyone who programmes computers is a nerd, everyone expects you to be awkward and socially anxious. It's nice to fit in.

Step one is win the lottery. Step two is to buy a house deep in the countryside and never see anybody. Step one is tricky, but if mastered, can produce excellent results.

I have no idea what this involved. Building yurts, obviously. But who pays you to build yurts these days? Still, I saw a contestant on MasterChef who did this and she said it involved living in the middle of nowhere. Sounds ideal.

This may or may not be suitable. I don't know because I, like everyone else in the world, have no idea what a paralegal actually does.

Some people may be freaked out by the idea of talking to tens of thousands of people. But others may enjoy the idea of sitting in a dark room, speaking into a microphone to an audience of anonymous ears situated miles and miles away from them.

It might sound odd at first: you don't have your own anxiety under control so how you can help others? But the truth is that almost everyone who works in mental health does so because they have their own issues and know how painful it is.

It takes time to train, and it's a tough industry, but the emotional rewards are often well worth it. And helping others can help you deal with your own demons.

Not a glamorous job, but one that does not require much social interaction if you are working in a commercial environment. You will typically go into offices or nightclubs after everyone has gone home.

Why not become a burglar? This entire career is predicated on your ability not to interact, or even be seen by, other people. Of course, if you get caught, you may well find yourself locked in a big building with lots of other people. Which would be far less than ideal.

This is high-pressure and involves unsociable hours but mostly involves interacting with your colleagues, not customers. In fact, there is a whole team of people (the waiters) who are designed to prevent you from ever having to talk to the customers.

To get your website ranking highly in Google, you need links. Many companies buy these links to artificially raise their ranking. And to do this, they outsource the work to SEO companies who then hire teams of people to email everyone they can find, asking them to place a link on their website.

It's a seedy and unpleasant job. But basically, just involves anonymously emailing people. You can't speak on the phone because you are probably using a fake name and identity. And response rates are so low that you don't have to do that much interaction.

At first glance, this sounds like a high-interaction job. But once you get past the stereotype of the chatty London cabbie, many taxi drivers actually say very little. And if anyone does try to engage you in conversation just scream "I'm trying to concentrate on the road!" at them.

Its even easier to get into now Uber is around. You can sign up to be a driver without having to interact with other people at your taxi company. And work when you want.

Listing stuff on eBay and selling it is a hard industry to make a living in. There are so many people doing it that prices are dirt cheap and profits are low. However, the most face to face interaction you ever have to do is talking to the person at the Post Office.

If you have any craft skills, you could start at Etsy store. All communication is done over email. You need to find a product that people want to buy, though. The chances are that nobody will want to buy your artwork. But, if you can make wedding rings, you're in.

Another job that can be done remotely and you can work when you want. But, again, its low paid. And you have to have a good eye for spotting mistakes.

Many companies and institutions have security on-site 24-7. It is a job that involves working unsocial shift hours and sitting around all night waiting for someone to try and break into the building. There is a lot of alone time.

Become an aura. I heard that dark wizards often hide out deep in the forests of Eastern Europe. So, not much social interaction while you're tracking them down.

This is a well-paid job. It does involve talking to people at each end, but in between, it's just about the driving. And thanks to satellite navigation, you don't even have to ask people for directions anymore.

You know that face you put on to hide how you really feel from everyone else? It's basically just doing that in exchange for money.

A well very paid profession for women. You don't have to have to have sex with anyone. You just beat up men for money. And if anyone does try to talk to you, you just scream "silence, slave!" and hit them with a stick.

Pharmaceutical companies are constantly developing new medical drugs and need humans to test them on. To do this, they pay, and they pay very well.

Of course, there is a chance you might die. But you probably won't die, and will come home with a fat pile of cash. Getting into the studies can be difficult, though. You need to match the criteria they are looking for.

The Queen's Guard are the people in silly hats that stand outside royal residences in the UK. There is a common misconception that they cannot move or react to you.

This is not true, as you will quickly discover if you try to interfere or touch them. They'll stamp, shout and point a gun at you. And they're real soldiers with real guns, so best not to piss them off.

Sounds ideal for social anxiety, though. You just have to ignore everyone: that's your job. And, if they do get in your way, you can shout at them. And then shoot them.

Life inevitably involves dealing with those people. But, if you choose an exciting career as a mortician, undertaker or gravedigger, at least the people you primarily interact with will be dead.

This does involve dealing with the public. However, as you are a volunteer, they can't fire you or shout at you for not turning up. So, those days when it all feels like too much, you can just hide under the covers.

The truth is that I can't advise you on what job to take. This is something you need to discuss with your therapist or careers advisor. But hopefully, this list was an enjoyable read.

If you would like to reduce your social anxiety, you may want to check out our treatment planner or learn more about our Mindfulness for Social Anxiety course. 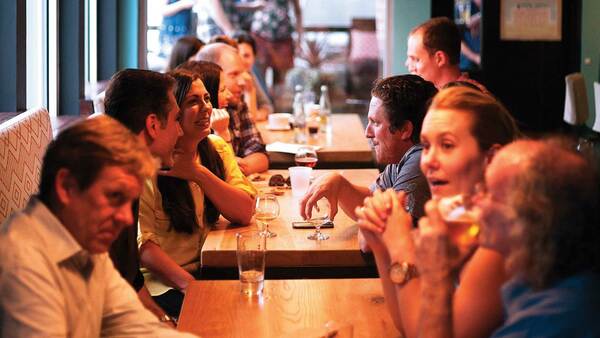 The complete guide to social anxiety 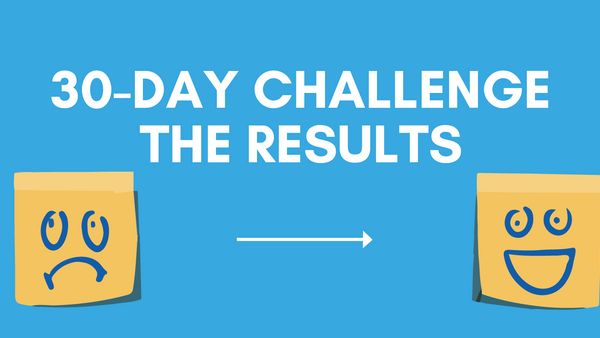 Can you reduce your anxiety in 30 days? (Original research)